The past, present and future of forest trees

This article is an excerpt from the book called “How Trees die”. Continue reading to learn about some history of US forests and how we battled some diseases in the past.

By 1918 the Department of Agriculture had decided to try to eradicate the beetle, but funding was scarce and the Japanese beetle population turned out to be bigger than anyone had at first thought.  The beetle had too much of a head start for initial efforts to be very effective.  Compounding this problem was the fact that most of the pesticides of the day just didn’t work that well against this beetle.  DDT’s insecticidal properties hadn’t identified yet and organophosphates wouldn’t be available until World War II.  To protect fields of turf, recommendations were for 435 pounds of lead arsenate to be spread on the ground per acre.  This treatment is an obvious case of the cure being worse than the disease. Soon after the Japanese beetle’s introduction, efforts were undertaken to find natural enemies that could be imported to kill the beetle, but even after decades of searching, few are viable.  The most effective natural control today is a disease native to the United States, milky spore disease, a bacterium originally found in New Jersey in 1933.  Though this disease likes to infest beetles, it hasn’t yet shown itself capable of eradicating this pest.  By the 1940s, when DDT was first used  against  the Japanese for eradication simply wasn’t possible despite the fact that it was an effective Japanese beetle poison.  We have made other discoveries and invested in other means of controls such as the Japanese beetle traps that you can find in your local garden center.  Unfortunately, these traps attract more beetles than they catch.  If you have the Japanese beetle in your trees you have two choices, let them be or take solace in the temporary reprieve offered by insecticides.

Today, the Japanese beetle is not ubiquitous in the United States, being limited largely to the East Coast, for none reason: we are careful not to transport it.  Ever since this beetle was identified, the U.S. government has used inspections and quarantines to limit its movements.  Shipments of food and plants that are moved to the West are inspected to restrict beetles from making their way there.  But the Japanese beetle is good at traveling, and even if it is never able to make its way across the Great Plains (where foods that the Japanese beetle feeds on are more scarce) in a car, truck, or airplane, which seems unlikely, it is all but a foregone conclusion that it will still eventually get there on its own six legs and two wings.

Insects are only the tip of the iceberg when it comes to plant pests from foreign ports.  Americans have also brought a number of diseases to our own doorstep through lack of care, or lack of foresight.  One of the first was wheat stem rust.  Wheat was wheat stem rust.  Wheat was introduced to the Americas in the 1620s, and wheat stem rust quickly followed, around 1660.  This fungus traveled here not on wheat but on barberries, which are known for their beauty rather than their fruit.  Europeans brought barberries to the United States with the intention of creating a homier atmosphere, and in the process they delivered a major pest to one of the principal crops.  Scientists at  the times had no way to prove that this disease of barberr4ies also affected wheat, but their observations that the two went hand in hand led to the enactment of a law in 1726 requiring the eradication of barberries in Connecticut.

To prevent foreign diseases from  affecting food, government scientists in groups including APHIS (Animal and Plant Health Inspection Service) spend a considerable amount of time figuring out which foreign diseases pose risks to our crops and how to deal with them should they ever infest the United States.  Plum pox, for example, is a disease of fruits including peaches and plums.  First identified in Bulgaria in the early 1900s, this disease quickly spread throughout Europe and had a pronounced ease quickly spread throughout Europe and had a pronounced effect on crops.  Plum pox is a virus that manifests as mottled leaves and ring patterns on fruit and, though it doesn’t usually kill a tree, it can halt fruit production.

One of the things that make plum pox particularly insidious is that a tree can be infected with the disease for three years before it shows any symptoms.  Indeed, plum pox has entered the United States on a few occasions, and due to its ability to hide, it is possible that the disease was spread before we even realized it was here.  This makes it discovery in Pennsylvania in 1999, Canada in 2000, and New York and Michigan in 2006 of concern.  As soon as a tree in a region is identified as having the plum pox virus, that geographic area is prevented from shipping fruit to avoid further infestations, and any trees suspected of having the disease are removes, usually with a bulldozer.  Plum pox is not a disease that can be cured with the usual array of pesticides, and so it is controlled through the death of its host, the tree in which it is living. 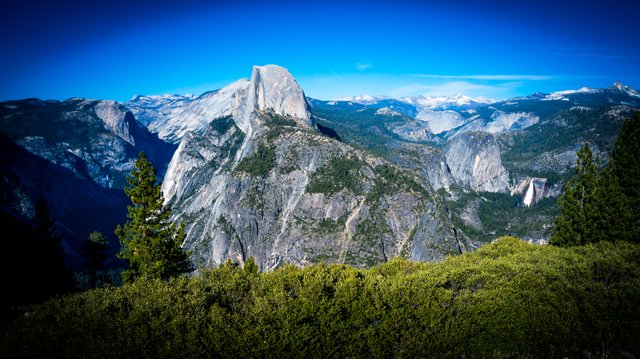